the “FOMC bar” is a large outside up bar, so some caution is advised
but the next bar, a RVB, doesn’t trigger, it probably becomes a TR and is taken out sooner or later
that’s why we see BB that TR, the fL2/H2 and fL3/H3, which were at OOD support 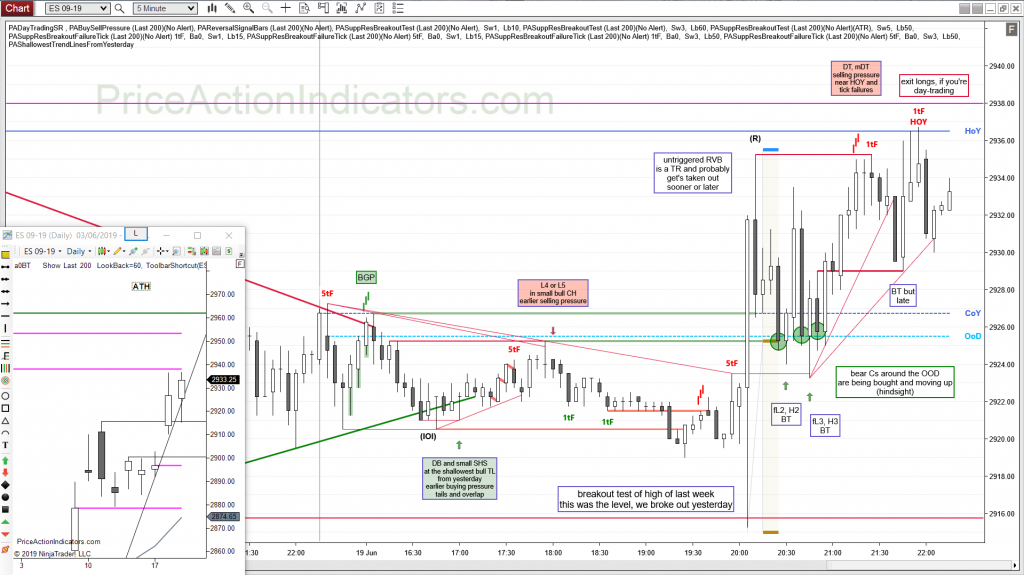 daily chart
Always In Long (AIL) since 06/04
bears see a micro DT
but another bull close just below the ATH, we probably get there